Netflix is Next to get Hit by the Virtual Reality Wave

Virtual Reality has successfully found its footing in various fields apart from Gaming. There are multiple businesses and applications that are implementing Virtual Reality to generate excitement and bring along audiences to experience the virtual world. One such brilliant use of Virtual Reality is in entertainment and the first step has been put forward by none other than Netflix, the popular entertainment portal.

VR at Netflix of Product Innovation, Chris Jaffe at the Mobile World Congress 2016 unveiled that the company is interested in providing 360-degree video streaming for viewers across the world. As put into words by Chris Jaffe, Virtual Reality has a great start in gaming however, it could also be very well implemented in storytelling.

Taking a leap into the VR world, Netflix has already come up with an exclusive application made available through Samsung’s Gear VR. The VR headset lets viewers enjoy 3D environment even with 2D content available from the app which includes movies and shows. The thought of enjoying your favorite movies and shows in a 3D immersive environment at your own comfort is worth getting all excited about. With this advancement in the field of entertainment as well as VR, Netflix could very well be the first Virtual Reality content provider at such a large scale paired with the right hardware.

The Netflix app for viewing movies and shows in VR provides an exclusive screen and controls for viewers to browse and search for content in VR. So, basically, one slips into a virtual living room to watch the movies and shows in 360 degrees VR environment. However, the streaming of videos in VR is limited to a standard definition of 720 X 480 with 720p as the highest resolution to view content. The reason behind Netflix not providing HD content is to protect the uploaded content from piracy and theft of any kind. So, for now, Netflix in VR is available in standard definition but fortunately, with the screen so close for viewing one can hardly get distracted by the lower resolution. 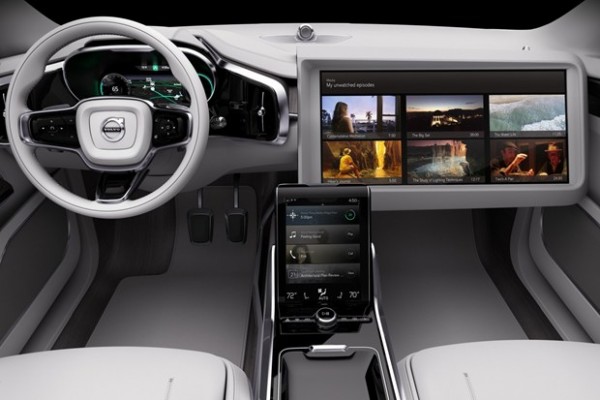